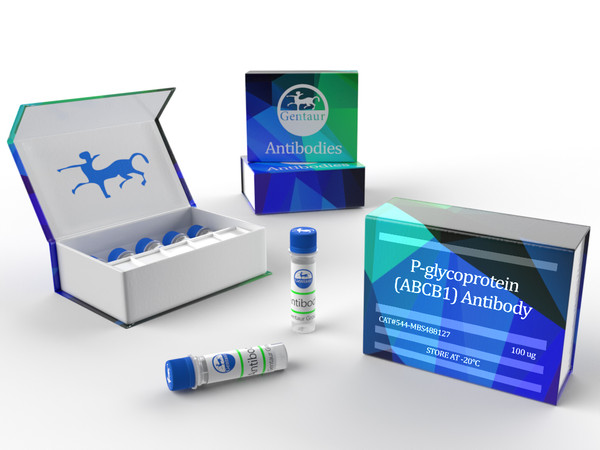 ABCB1 (ATP-binding cassette, subfamily B 1 gene) is also known as multidrug resistance 1 (MDR1) gene. MDR1 codes for P-glycoprotein 170 (P-gp), that is expressed at high levels in various cells and epithelial surfaces, including the epithelium of GI (gastrointestinal) tract. ABCB1 gene is located on human chromosome 7q.

Suggested starting dilutions are as follows: WB: 1:500-1:3000. Not yet tested in other applications. Optimal working dilutions should be determined experimentally by the end user.

ABCB1 (ATP-binding cassette, subfamily B 1 gene) or P-glycoprotein 170 (P-gp) participates in the development of tumors, especially in the carcinogenesis of colorectal. The encoded P-gp guards the body from environmental toxins and xenobiotics.
The membrane-associated protein encoded by this gene is a member of the superfamily of ATP-binding cassette (ABC) transporters. ABC proteins transport various molecules across extra- and intra-cellular membranes. ABC genes are divided into seven distinct subfamilies (ABC1, MDR/TAP, MRP, ALD, OABP, GCN20, White). This protein is a member of the MDR/TAP subfamily. Members of the MDR/TAP subfamily are involved in multidrug resistance. The protein encoded by this gene is an ATP-dependent drug efflux pump for xenobiotic compounds with broad substrate specificity. It is responsible for decreased drug accumulation in multidrug-resistant cells and often mediates the development of resistance to anticancer drugs. This protein also functions as a transporter in the blood-brain barrier. [provided by RefSeq]

Evaluate our antibodies with complete peace of mind. If the antibody does not perform in your application, we will issue a full credit or replacement antibody.